The beginning of 2019 saw a new opportunity to coach an athlete in a sport I haven’t coached in before. My good friend Ricki asked me if I could train him specifically for the 2019 Hill climb season. I knew it would be my final year coaching in Athletics and I was undecided into which sport to try out next. 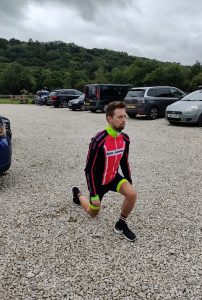 To get started, I had to study the history of the British Hill Climbing season, and what to expect when the season arrived in September. It was now January and I had no idea what to expect. The majority of races are between 600m-1600m; traditionally the shorter the races the steeper the climb. Ricki’s strengths lie on the steeper, arduous gradients, having set his sights on the 2020 National Championships. This would prove ideal because, having trained runners over the sprints and middle distance events, the training principles are easily transferable due to the similar nature.

The next step was to attain a training application that would provide me the information needed, and also for the athlete to understand what they need to do in the simplest of terms. The training application that was chosen for our two year plan was to be Training Peaks. We also needed to understand exactly what stress and effect certain speeds over specific gradients had on the body; on this notion, we flew to Campania, Italy early summer, to determine what gradients would be used and how long for. We then successfully worked out our pre and competition phase of training, focusing on nothing but victory! 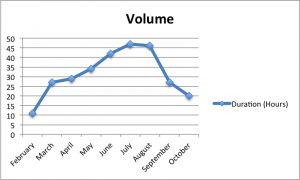 In 2018, Ricki did 5000 miles of cycling in preparation for the UCI Gran Fondo World Championships in September. He then went straight into the British Hill Climb season only having the miles in his legs, and no specific hill training. Between September 2018 – September 2019 he did less quantity and more quality.

We started building up the aerobic base in February; ideally we would have liked to have started during November, but there was no time to waste. In February, Ricki started to build up the volume for the first eight to ten weeks, however, he was ill for most of the month and only managed 11 hours of cycling.

March was a better month accumulating 27 hours – where he also started repetition work in the anaerobic threshold. He was completing two specific repetition sessions a week during April. The month of June saw 42 hours of hardcore cycling achieved, including one week of specific cycling in Italy.

Hill climbing is predominantly aerobic, however, there is still a high percentage of the anaerobic systems being used, therefore we needed to increase the thigh circumference size.

Ricki’s goal was to peak for the three short hill climbs that he competed in last year (Monsal, Bath & Matlock), with the sole goal of achieving  a top 20 finish at next years 2020 Hill Climb Championships. The race will be around two and a half minutes long, with an average gradient of 25%.

The first race of the 2019 Hill Climb season was a long time-trial up Long Hill outside Buxton. This was a fantastic race to start the season with considering it was an over distance event for him. Ricki’s VO2max is 64 ml/min/kg, and hopefully over the next twelve months we can up that value so he competes better over the one mile plus hill climbs. The next two races were one mile climbs where he managed a personal best on a course that he was familiar with. I thought the gap would have been bigger, but it was early days so there was no need for me to be alarmed.

As Ricki started hitting some fast speed endurance and fartlek sessions, the three races he wanted to compete over were approaching. He managed 11th, 1st and 2nd respectively, taking two podium finishes for the first ever time and also two huge personal bests.

The Nationals of the 2019 Hill Climb season this year was a distance over 5000m. The British Hill Climb championships is not like Athletics where you can choose your distance. You have to enter the distance that is given that year. Hopefully one day, when they have enough support, they will provide a short and steep race in the morning, and a long and gradual climb in the early afternoon.

Previous Hill Climb Champions – The Statistics – As you can see from the data to the left, the winner of the longer race (predominately aerobic) is exceptionally light, whereas the winners of the shorter climbs (predominately anaerobic) are ever so slightly heavier, thus more powerful.

To conclude, it has been a highly successful 2019 Hill Climb season, and we both look forward to 2020. Quality training has worked a treat this year, where most people would just put in the miles. It has been a very enjoyable eight weeks travelling across the country, however it comes with many consequences, for example time, cost and mental fatigue. We definitely plan to get more local races in next year; we plan to start eight weeks earlier to try and increase Ricki’s VO2 max; we also plan to acquire a power meter (marginal gain); complete regular v02 max tests and include a potential third repetition session across two mesocycles.